Should Whistleblowers Be Rewarded Financially?

The stigma attached to whistleblowing can have devastating affects upon a worker’s career if no legal protections are in place for them. Many whistleblowers will be faced with the difficult reality that potential future employers might make assumptions about their character based on their decision to speak out over an unfairness in the workplace.

Although changes have occurred in certain sectors, such as the alterations made for workers of the child care sector earlier this year, and those for businesses regulated by the Financial Conduct Authority (FCA) and Prudential Regulation Authority (PRA) authorities, there remains a number of issues surrounding whistleblowing that are being dealt with at a slower pace.

Since September 2016 a number of new measures have been put in place, most notably the requirement for firms to recruit an employee who will act as a ‘whistleblowing champion’, which is essentially someone who will encourage worker’s to come forward about acts of wrongdoing they witness, among other grievances. This change in regulation also requires internal whistleblowing policies to be issued so that disclosures across all areas of a business.

One of the most intriguing, and certainly controversial, ideas put forward is the offer of financial rewards for whistleblowers. This model has been used extensively in the USA where whistleblowing actions are largely more common. The Securities and Exchange Commission (SEC) is a particularly prolific agency that offers money whistleblowing. 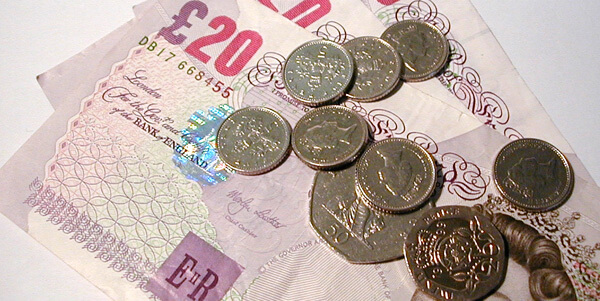 Since 2011, as part of its Whistleblower Programme, the SEC has given out over $100 million worth of rewards. As of November 2016 the organization has generated 14,000 cases of whistleblowing across the USA and 95 other countries.

Mary Jo White, Chair of the SEC, described the programme as “a game changer for the agency […].providing a source of valuable information to the SEC to further its mission of protecting investors, while providing whistleblowers with protections and financial rewards”.

This figures produced seemingly show the scheme to be a resounding success for both government agencies and individual whistleblowers, and unsurprisingly there have been suggestions that the UK should adopt a similar agenda. The UK Home Office has already debated the possibility of such a change, and it has been reported that acts of whistleblowing have already leaped in the UK since discussion of financial benefits began.

But while introducing financial rewards may appear to be a valuable move, the recent alterations to encourage whistleblowing, such as the employment of whistleblowing champions and general increase in transparency, has not yet been fully explored. There is also concern that the possibility of a financial reward will result in unreliable, and even unfounded complaints which could cause issues for both employers and ultimately reflect badly on the individual making the claim.

The Financial Conduct Authority has already dismissed the notion of money being a good means of encouragement. The organisation’s analysis of the proposal concluded that: “research shows introducing financial incentives for whistleblowers would be unlikely to increase the number or quality of the disclosures we receive.”

The 2016 Anti-Corruption Summit saw the British government talk openly about the need to find “effective protections” for whistleblowers. The reward schemes enacted by the FCA and PRA were discussed extensively but no clear decision was reached. It seems a complete revision of the culture surrounding whistleblowing may be needed before any thorough legal changes can be implemented.

There is as of yet no clear decisions in place regarding payment for whistleblowing, but this proposal has certainly stirred up much debate throughout the world of employment law and will be a recurring discussion regarding the protection of whistleblower rights for some time to come.