After thirteen years as a whistleblower has finally won his case against HSBC banking group. This is a win that will see a financial reward of four million pounds be distributed across 6,700 people who once held credit cards with either HFC Bank or John Lewis Financial Services, which have both been part of HSBC since a merger in 2003.

Since 2003, Nicholas Wilson, 59, has acted as a whistleblower in his relentless goal of pursuing a case against HSBC, which he claimed mistreated credit card holders struggling to make payments. The solicitor has always insisted the actions of HFC were illegal in regard to dealing with card charges

The Financial Conduct Authority (FCA) reviewed his case for a second time and found that between 2003 and 2009 clients with debts faced a referral with HSBC solicitors in which their debt was increased by 16.4% of the balance amount, regarded as a “debt collection charge”. 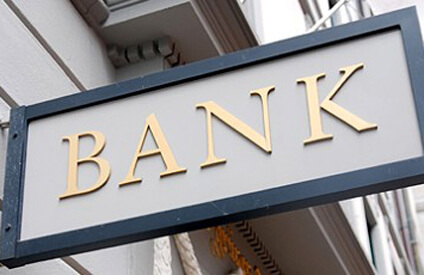 The FCA announced that HSBC has volunteered to set up a compensation scheme of £4m for those customers who suffered financially as a result of paying “unreasonable” debt collection charges imposed by the bank’s subsidiaries.

Mr Wilson of Hastings, East Sussex claims he “lost everything” in his pursuit of justice against HSBC, leaving him without work and with repossession of his property now imminent.

It was while investigating the HFC at a well-known law firm that he first became aware HFC customers were being unfairly charged. He made a complaint to the Financial Services Authority, the FCA’s predecessor, but the organisation ruled that the issue was outside its authority. It was only when Mr Wilson expressed concern to the Office of the Complaints Commissioner that the issue was finally addressed.

In December 2015 the Office commissioner criticised the FCA for showing behaviour that was “negligent” and “bordering on the farcical”. Under the weight of this report the FCA was forced to conduct a deeper enquiry from which it found that approximately 6,700 HFC customers had paid all or some of the debt collection fee and thus qualified for protection. HSBC has stated that “customers will receive redress where they paid more than the actual and necessary cost of collecting their debt.”

The miscalculation of loan fees was also addressed at the recent hearing, with the acknowledgement that around 350 accounts were overcharged. The FCA announced HSBC has volunteered to set up a compensation scheme of £4m to be distributed to those customers who suffered financially as a result of paying “unreasonable” debt collection charges imposed by the bank’s subsidiaries.

HSBC has promised to credit these customers with 8% interest included, and has released the following statement:

“This is a historical issue, dating back to the period between 2003 and 2009. We have revisited the debt collection charge and, as a result, a small number of HFC and John Lewis Financial Services Limited customers may be due a refund. We will be directly contacting these customers shortly.”

For Mr Wilson, this win only acknowledges part of the wrongs the HFC allegedly committed, as he believes hundreds of thousands of other customers were overcharged. However, the scale of this claim has been denied by both HSBC and the government.

“After all the abuse and derision about my HSBC allegations, it feels great to be vindicated. But the truth about HSBC is still not acknowledged. There are a great many more than the alleged 6,700 customers. When I left my firm there were 80,000. And that’s just the one firm.”

Mr Wilson believes his actions as a whistleblower led to him being sacked by the law firm he worked for in 2006. He argues that major figures of the financial and political worlds “closed ranks” to hide HSBC’s actions to protect their own interests.