Being made redundant can be a painful experience but, with expert legal advice, you can at least ensure that you leave with everything you are entitled to. In one case, a senior NHS executive who was just short of her 50th birthday when her employer decided to make her redundant had her pension rights upheld by the Court of Appeal. 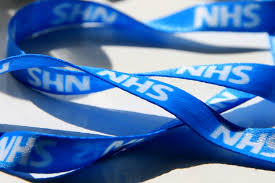 Following a stressful meeting, the woman had gone on sick leave. Soon afterwards, however, she took annual leave and went on holiday to Egypt for a week. She came home to find a letter informing her of her redundancy. She was entitled to a 12-week notice period prior to termination of her employment.

In those circumstances, novel issues arose as to the exact date on which she had been served with notice of her dismissal and whether her notice period expired just before, or just after, her 50th birthday. A judge accepted that her redundancy took effect after she turned 50, thus entitling her to a higher rate of pension.

Her former employer, an NHS trust, challenged that ruling on the basis that she was deemed to have been served notice on the day of the letter’s delivery, rather than the day on which she opened it. In rejecting the appeal by a majority, however, the Court noted that the trust was aware that she was due to go on holiday and that there was a substantial risk that she would not be at home when the letter arrived. In the circumstances, the notice period only began to run when she took delivery of the letter and its contents were actually communicated to her.