Major Rise In Zero Hour Contracts: How Do We Solve This Controversial Issue?

The total number of UK workers on zero hours contracts has risen to a new high of 910,000 during 2016 according to figures released by the Office for National Statistics. This includes a 14% rise over 2015; an increase of 105,000 extra staff. This rise is even more shocking given that only 100,000 UK workers were employed via zero-hours in 2005

Zero-hours contracts are frequently criticised by employment law professionals who claim they reduce workplace conditions by neither guaranteeing regular shifts or offering the same rights as fully-employed workers. 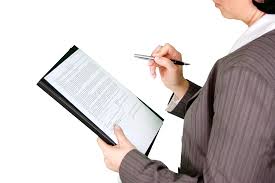 The rise in workers on zero-hour contracts peaked during the first six months of 2016 before slowing down considerably to 0.8% during the latter. This shift is perhaps a reaction from employers towards hiring foreign workers in the aftermath of Brexit, which has made it much harder for EU workers to find employment in Britain.  Another potential cause could be the recent backlash against employers who refuse to give self-employed workers the same rights as full[time employees.

Sports Direct came under fire last year after tribunal ruled that the business’s use of zero-hours contracts was unlawful, while multiple companies of the gig economy, such as Uber and Deliveroo, have recently lost high profile tribunal cases brought by workers seeking stronger employment rights. The plumbing firm Pimlico Plumbers even lost an appeal they launched at tribunal last January.

These changes have seemingly convinced several employers that the era of the zero-hour contract is over. Homebase has stopped using them and JD Wetherspoon has announced that zero-hour workers can now make the transition to full employment should they want to.

Conor D’Arcy, policy analyst at the Resolution Foundation, certainly agrees with this interpretation:

‘The negative publicity these contracts have attracted may well have played a role in their slowdown, as firms rethink their use’

A major reason for the rise in zero-hour contract use was the desperate working prospects created by the global financial crisis of 2008, when workers who would never have previously considered this form of employment suddenly felt obliged to do so just to make ends meet. Unfortunately use of these contracts did not diminish even after the UK economy began to recover, as many employers continued using them for their own benefit, despite the potential problems they cause workers.

Unite, the UK’s largest Trade Union, is encouraging the government to outlaw the use of zero-hours contrasts, just as New Zealand has already done.

The government has acknowledged the difficulties such contracts may pose to workers. Last year Theresa May employed Matthew Taylor, a leading policy member of the Blair administration, to undertake a review of how worker rights have been compromised by recent employment legislation, with zero-hours contracts being a focal point of the investigation.

Despite the vast amount of condemnation brought down on zero-hours employment, there are still some workers who value using them, which was a key reason they became popular when originally introduced. Workers aged 55-64 made up nearly half of the increased workforce on zero-hours. This is a group closer to retirement age who may therefore seek less shifts.

The Resolution Foundation acknowledges the potential benefit of zero-hours contracts and feel a fair middle-ground is needed so that workers are no longer short-changed. Conor D’Arcy has observed:

‘For some of these workers, zero-hours contracts may offer a flexible transition from full-time work to retirement, allowing them to top up their income […] The challenge now is to ensure that these still-popular contracts are reserved for cases of genuine desired flexibility for worker and employer.’

Are you employed via a zero-hours contract? Let us know how you feel about using them in the UK workplace.