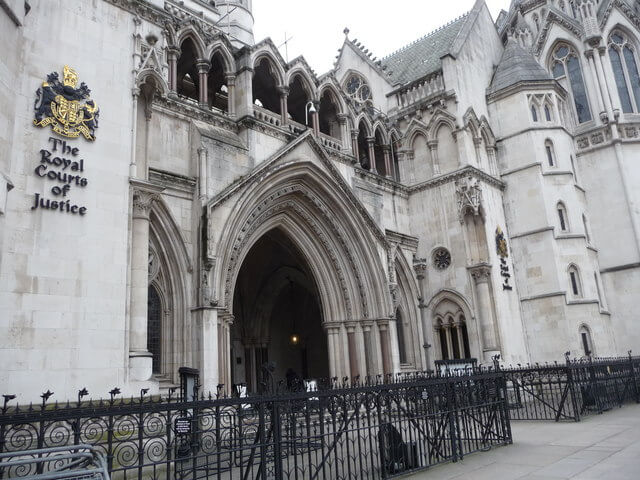 Chesterton Global Ltd (t/a Chesterton Humberts) and another v Nurmohamed, case was heard by the Court of Appeal. The case holds great importance for future whistleblowing cases.
The appeal was heard in the Royal Courts of Justice on 8 June. In case of terms in considering when a disclosure is “in the public interest” this case is vital, for claimants seeking to establish that a disclosure is protected this is a key challenge.

Whistleblowing charity Public Concern at Work intervened in the case and was able to make representations before the Court of Appeal. In the case Mr Nurmohamed, a manager with a large estate agent, raised concerns about discrepancies with how his commission under a new commissioning structure was calculated.
He contended that the discrepancies were deliberate and that the accounts were being manipulated by management to the benefit of shareholders, thereby reducing the amount that he and more than 100 other managers would receive by way of commission. The employer consequently dismissed Mr Nurmohamed.

He brought an unfair dismissal claim in the employment tribunal, including an allegation that the dismissal was automatically unfair because he had made a protected disclosure, and that he had been subjected to detriments for making a protected disclosure.Both the employment tribunal and EAT accepted that he reasonably believed that the disclosure was “in the public interest”. They were satisfied that, even though Mr Nurmohamed was primarily thinking about his own commission, secondary the group of 100 or so managers, were also affected by the issue, who in this case were the “section of the public”.

In the appeal on 8 June, the Court of Appeal heard from the employer’s representatives that the tribunal was wrong to concentrate on the number of workers affected. Instead the employment tribunal should have looked more closely at the nature of the disclosure, and not be distracted by the number of people affected.According to the employer’s lawyers, Mr Nurmohamed’s concerns were more alike to a collective grievance, rather than something that was of wider “public interest”.However, Mr Nurmohamed’s representatives maintained that a disclosure should count as being “in the public interest” if it raises matters that are more than purely personal, and the issues are of “some importance” to at least one other person.

They argued that a narrow “public interest” test could have the “chilling effect” of discouraging workers from making disclosures in the first place.Mr Nurmohamed’s case was heavily built around the blatant assumption that he reasonably believed that he was making the disclosure “in the public interest”, given the roll on effect on other parties e.g. numerous managers, financial impact of millions at hand, and his assertion that there had been measured wrongdoing.

Public Concern at Work, in its submissions at the end of the hearing, highlighted that whistleblowing laws encourage workers to speak out over wrongdoing in the workplace, and whistleblowers need to know that they will be protected when they raise distresses. According to the charity, employers’ whistleblowing policies are conveyed to encourage workers to speak out whenever they see wrongdoing, and policies do not typically tell workers to raise concerns only if they are “in the public interest”.

The cases brings wide attention and importance, as it adheres by the new whistleblowing laws that were introduced in June 2013. The changes were intended to prevent potential claimants misusing whistleblowing protection according to the disclosure of matters to their own contract of employment. These changes in the laws were that to be protected, a worker must have reasonably believed that he or she was making the disclosure “in the public interest”

These changes to the law have opened wide debates to the scope of the phrase “in the public interests”. The Chesterton Global ltd case is the first appeal cases to draw on the debate in court.
Looking at the hearing in terms of implication to UK employment law, it is hard to argue against this being the biggest case that the Court of Appeal hears in 2017.It is significant that Public Concern at Work has intervened. Whistleblowing protection could be harshly restricted if the test for public concern is too strict.