There were disappointing statistics released by the Financial Conduct Authority this month, which revealed the number of employees making whistleblowing claims across the financial industry has fallen for a second consecutive year.

Unfortunately this result does not reflect an improvement in the nature of business behaviour, but rather shows how UK employees feel a lack of trust and support will be given to them by the UK legal system should they choose to speak out. The recent increase of high-profile cases in the media certainly indicates this rise is already highly visible. 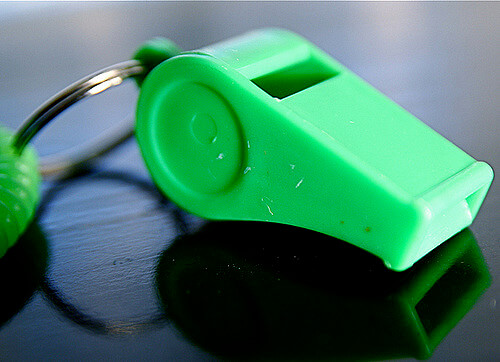 The FCA’s report details how the 866 reports of whistleblowing it received in 2016 represents a substantial drop from the 1105 reports made during 2015; a year which in turn saw a significant decrease from the 1367 reports of 2014.

This initial report for the results of last year details how only six of the disclosures made to the FCA actually resulted in direct action against employers. Although a further 108 claims were deemed to be of significant value, these figures still reveal a disappointing contrast to the 199 claims considered valuable during 2015.

Regardless of the clear drop, the results compiled are still an increase over the number of complaints recorded between 2007-08 when the number was as low as 140; an era prior to the UK government creating emphasis on the importance of encouraging whistleblowing.

But why have financial services seen such a drop in whistleblowing? One major cause is the September 2015 decision to instruct finance companies with assets of at least £250m to employ a senior manager who will work in the newly formed position of ‘whistleblowing champion’. This is a role that bears responsibility for overseeing all disclosures made by staff within the business before then referring each report to the whistleblowing services of the FCA and Prudential Regulation Authority.

This internal assessment is intended to assist and encourage employee claims, but although such a system largely helps eliminate the costs and stress that workers experience in pursuit of outside support, it may actually put the employee in a place of disadvantage as a business ultimately hopes to deal with complaints internally without the need for third party intervention which might offer a more balanced perspective without concern for potentially negative press arising if the claim goes public.

Some reports have shown that many finance employees who speak out soon find their careers suffer from negative repercussions, leading to a struggle to find alternative work in finance.

Despite potential negative consequences, the introduction of whistleblowing champions at least shows the UK government is increasingly taking seriously the need to provide support to whistleblowers in the workplace.

It has been suggested that the UK should adopt a similar approach to US whistleblowing legislation by providing financial incentives to employees seeking claims. The thinking behind this scheme is that workers are less likely to worry about the effect whistleblowing might have on their career if they are financially compensated for speaking out.

The scheme’s detractors say it will result in a rise of false claims that defeats the purpose of the tribunal fee system which was introduced to save taxpayer money funding false claims. However, other observers believe claimants will become more likely to find the confidence to make a claim if they receive financial backing. The US scheme has thus far been generally successful, with a large amount of claims being approved for hearing at employment tribunals.